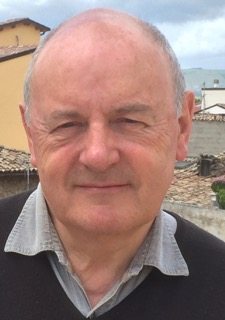 Chris McGovern, Chairman of the Campaign for Real Education,  shares his views on our latest research into the effect of the ‘summer slide’. Chris is also a retired headteacher and former advisor to government and to 10 Downing Street.

Are the school summer holidays too long? A survey conducted by ‘Explore Learning’ indicates that a majority of parents (59%) think so. Six weeks can seem a long time for working parents who struggle to find or to afford, decent childcare.

The Family and Childcare Trust has discovered that amongst English local authorities, 88% report a shortage of childcare places. Things are a little better in Scotland (78%) but worse in Wales where there the shortage of places extends across all local authorities. And even where childcare is available, at an average cost of £120 a week it does not come cheap. Going private is not a realistic alternative for most mums and dads. The weekly cost can hit up to £600 a week in the South East!

We should not assume that mums or dads who are at home during the school holidays, automatically have it so much easier. Keeping the kids suitably amused and occupied for six weeks can take its toll, too, for both parents and children.

There can be huge benefits, though, when families can share ‘quality time’ together.  Travelling and exploring as a family, whether it be at home or abroad, has many benefits and, not least, in an educational sense.  In addition, the opportunity for parents to reinforce and to expand their child’s knowledge and understanding in an out-of-classroom environment is invaluable. Even the essential parental responsibilities and routines such as listening to a child read can be much less pressurised and much more enjoyable when there is no school the next morning.

The long summer break can bring with it plenty of benefits for families that can afford to spend time together. Sadly, however, as the ‘Explore Learning’ survey suggests, there are also downsides to the long summer break. Three quarters (75%) of parents surveyed felt that, academically, their children slip backwards.

Those who suffer most are likely to be those children from deprived backgrounds and from dysfunctional families. For too many children school is a place of order and refuge in their disordered world. Britain may be affluent, with the fifth-largest global economy, but too many children are, for example, turning up for school under-fed. As the new chairman of governors of a primary school placed in ‘special measures’ in a prosperous part of the South East, one of the first things I had to do was to provide breakfast to pupils arriving at school in the morning in a state of genuine hungry. Who will be feeding these children during the long summer break?

School is a sanctuary for such youngsters but, at best, the school holidays can be a period to endure.

Greater availability of places at summer schools and activity centres would allow the benefits of holiday time to extend beyond ‘better off’ and ‘functional’ families. If a proportion of the places were subsidised or free it could have a transformational effect on the lives of under-privileged and ‘neglected’ children. In addition, a majority of parents might be persuaded that the current length of school summer holidays is about right.

Getting to know: Bobby Seagull

Maths has taken Bobby Seagull on an amazing journey, from his love of the subject at school to TV stardom and even a new book! Get to know our maths ambassador with his...