The judge for our National Young Writers’ Awards this year is none other than ‘Deadly 60’ author and presenter, Steve Backshall! We chatted with Steve to find out about his amazing adventures and how they have influenced his writing… 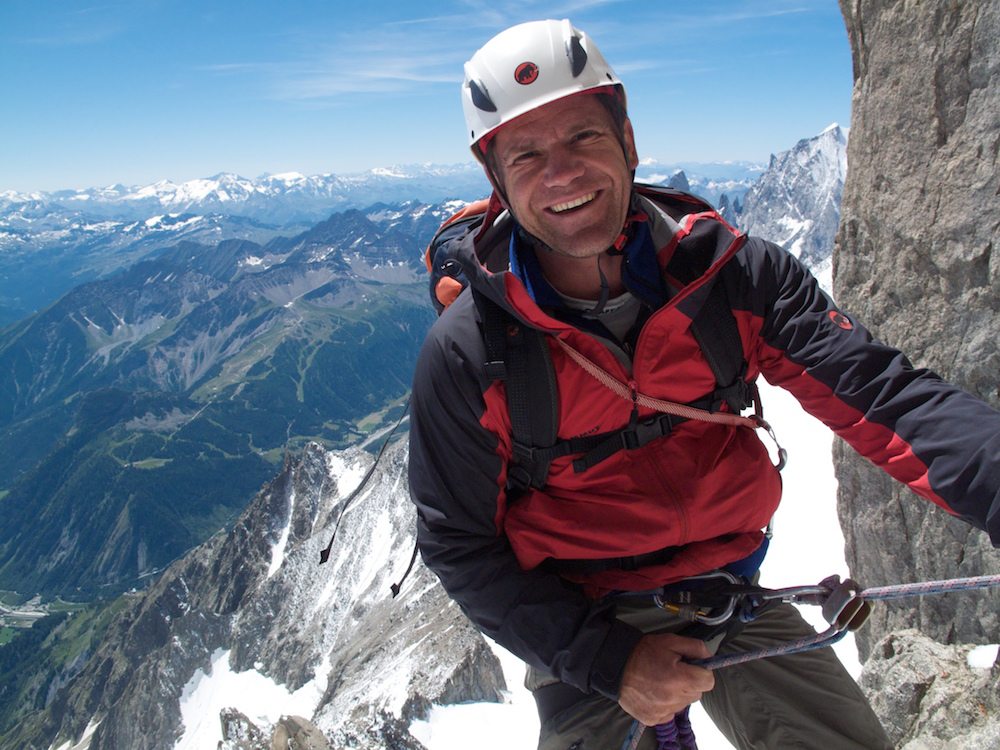 You have an amazing job being an adventurer – how did you get into it?

I was working as a writer and came up with an idea for a program, and went out to Colombia with a video camera and made it myself. I then sold it to the National Geographic, and have been doing it ever since.

What advice would you give to children about pursuing their dream job?

If you have a dream job, then it’s all about focus. You will be competing against thousands of other people who want the same thing, so everything in life needs to be about achieving that goal. Work harder, sacrifice more than the next person. My wife is an Olympic rowing champion, and their mantra is always ‘will it make the boat go faster.’ Every decision that crops up in their life, whether it’s to eat a chocolate bar, or do an extra training session they assess on those terms. If you have a dream job as your goal, you need to think about it in the same terms.

Your children’s books all feature amazing animals as the main focus with incredible characters in Saker and Sinter; why is this?

I’ve always been obsessed with animals, ever since I was knee-high. It’s my main area of expertise, my main passion, and the thing I know the most about – and you’re always told to write about what you best know!

How do you get your inspiration for your stories?

My fiction comes from real places, real situations and real animals I have seen on my expeditions. The only thing that is really made up is the people. That said, someone said a few years back (as if it was totally obvious) ‘well Sinter and Saker are you and your sister, right?’ I hadn’t even realised, but Sinter is a caring doctor who’s great with people, and that’s my sis, and Saker is a sullen martial artist who’s great with animals but terrible with people…

Why are you pleased to be a judge for the National Young Writers’ Awards?

If this competition had been around when I was a youngster, I would have leapt at the opportunity. It is a chance to discover someone special, who has a unique voice, who could be the great orator of a generation! Or it could just be a chance to inspire a few hungry young poets to have their words in print, whatever, it’s a terrific project.

What tips would you give to our young writers?

My tip for young writers would be to experiment with different forms and subjects. It takes many authors decades before they come up with a style that is all their own. Artists will try everything, charcoal, prints, sculpture, graffiti… authors should do the same!

What can children do to really impress you with their entries?

I would say be authentic. It doesn’t have to be exotic or hyperreal – you could write about blackbirds in your back garden or the gnomes alongside them coming alive – I don’t care, as long as I can feel your passion springing off the page!

Why do you think it is important for children to get their imaginations going and write stories?

I have gained so much from writing. It has given me an outlet when I’ve needed a rant, a way of putting my thoughts into order and onto paper. When things are going well, it’s as if I have a movie playing in my head and I’m recording it. I love the idea that young authors could gain the same thing.

What was your favourite children’s book growing up?

Call of the Wild by Jack London. The story of how Buck the farm dog ended up running sleds in the Yukon, then becoming head of a wolf pack. Just thinking about it now puts the hairs up on the back of my neck!

What stories do you love to read now?

Almost all of what I read is scientific papers and animal taxonomy! Nothing very creative. I’m writing my masters at the moment, and haven’t read any fiction for years!

You have a black belt in martial arts – this must have taken many hours of practice! What advice can you give to children to keep trying and not give up?

It did! I got it while living out in Japan, studying judo and karate perhaps three times a day! I think sometimes it’s OK to give up, to mess up, to fail. We learn more from our mistakes than we do from our triumphs!

You have come across many amazing and scary animals. What has been your most hair-raising moment?

Probably swimming along the bottom of the Okavango Delta, and coming face to face with a hippo. We were so, so lucky to have escaped unscathed.

How important is it for children to care about the protection of animals and the environment for the future?

Our environment and wildlife face so many challenges, the attitude and commitment of this generation of youngsters is the key to whether they rebound or continue to catastrophically decline. I need young people to know that they have remarkable power when they stand up and shout about what they believe in; they can change the world.

What are you most excited about for the future?

I’m excited to see the future of the reserve I’m raising money to buy in Borneo. It’s in a critically threatened patch of rainforest that’s home to orangutans and pygmy elephants. If we can save it, then they should flourish, and the place will be a genuine jungle paradise.

If Steve Backshall’s experience and advice have inspired you, then check out our National Young Writers’ Awards!

Level Up! The keys to transitioning to a new school year

Moving up a year group can be a source of anxiety or excitement, but there are three transitions that are often pointed out by teachers as more challenging than other...

In 2017 we asked parents, children and staff, what they liked about our rewards, and what they would change if they could. This enabled us to design, trial and deliver...