We asked our members to design a futuristic racing car helmet as part of a competition with the London Motor Show – and we received over 2,300 entries!

Mehdi Zafari, a 13 year old boy from our East Sheen tuition centre, has beaten off stiff competition to design the winning entry in the Racing Car Helmet of the Future competition run by The London Motor Show in partnership with Explore Learning. 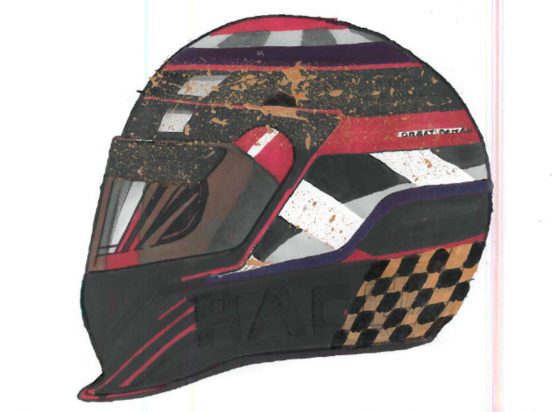 To mark the return of The London Motor Show to the capital this weekend, the competition asked children to produce their dream design of the Racing Car Helmet of the Future. The lucky winner will now be travelling to the show with his family in a chauffeur-driven luxury car, where he will meet the former Stig, Ben Collins!

There were also three runner ups whose entries have earned them VIP tickets to attend the show on Sunday with their families. The runners up who really stood out thanks to their exceptional entries were Richard Wellman, aged 11 from the Explore Learning Centre in Romford, John Pollard, a 9 year old from the Orpington tuition centre and Amber Hudson who is 9 years old and from the Wallington tuition centre.

Entries by Richard, John and Amber

The competition proved a real hit with the Explore Learning members, attracting around 2,300 entries.

Stephen Maitland-Oxley, Events Director at The London Motor Show says: “We were thrilled to team up with Explore Learning on this Racing Car Helmet of the Future. The quality of the entries was exceptional and I think we found a very worthy winner! We look forward to welcoming Mehdi and the runner ups to the show this weekend and well done to all those that took part.”

Across The London Motor Show weekend, which is taking place from the 5th-8th May at Battersea Evolution, exhibitors will be showcasing their latest vehicles with prices ranging from £8,000, to in excess of £200,000. Alongside the vehicles, the lecture theatre will play host to a fantastic line-up of honoured speakers including, Sir Stirling Moss, Tiff Needell and Nigel Mansell who’ll be focussing on a number of major motoring issues.

Carey Ann Dodah, Head of Curriculum at Explore Learning says: “We were amazed at the sheer response we had to the Racing Helmet of the future competition. We’re always thinking of new and inventive competition ideas that will engage the children and we jumped at the chance to work with the world-famous London Motor Show!  Our members thoroughly enjoyed creating their entries and I am so pleased for Mehdi; his design was brilliant and I’m sure he’ll have a fantastic time this weekend!

The London Motor Show is open to the public from 6th-8th May and children under 10 go free. On the door ticket price is £20 – for more information visit the London Motorshow.

Hayley Robbins, an Early Years Teacher from Surrey, shares her top tips on home schooling. We are now facing a second round of national school closures with...

It’s never too early to begin to follow your dreams. Have you ever had a brilliant idea but you’re not sure how to get started or what to do next?   Starr,...