Our members want to save the environment!

We asked our members what they thought about the future of our planet and they believe that ‘saving the environment’ should be taught in schools in an effort to prevent the negative impact of pollution.

More than 1,000 children aged between 4 and 14 who attend our centres said that pollution was their biggest worry for the future, followed by the extinction of animals, politics and rising sea levels.

When it comes to the current political situation, the majority of children (86%) said they were worried about Donald Trump being the President of the United States – which could be down to his notorious stance on global warming! 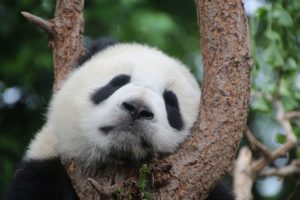 Pandas were the animals that children were most concerned about dying out, followed by polar bears and elephants. And when it came to animals that are already extinct, almost a third of children say they had never heard of the woolly mammoth, the dodo or the sabre-tooth tiger.

The research was commissioned to shine a spotlight on the theme of this year’s National Young Writers’ Awards – ‘the future’. Children aged four to 14 are invited to write a story of 500 words or less set in 3017 in an effort to win a trip to Disneyland Paris and £500 worth of books for their school. There’s still time to enter, as the deadline is Friday 5th May.

Adventurer, environmentalist, author and TV presenter of Deadly 60, Steve Backshall is this year’s judge.  He says: “It’s heartening to know that so many children care about the impact that pollution is having on the world around us. We are incredibly lucky to have an amazing array of animals in this world and a beautiful planet to inhabit so it is of paramount importance for our future generations to look after them.

“I would certainly agree that saving the environment should be a top priority in schools.”

However, it’s not all doom and gloom when it comes to the future. Kids are most excited about the new technology that is set to emerge (49%), followed by the possibility of time travel (26%) and then driverless cars (10%). Similarly, children are very optimistic about how long they will live with nearly two thirds (62%) of children believing they will be enjoying life over the age of 100 and 17% believing they’ll live to 200!

Over a third (37%) of children think that we will be living on another planet in future, and just over a tenth (13%), each thinks we’ll be underground or floating in the air in a pod. However, the most uplifting findings from the research found that children of today’s biggest want for the future are a cure for cancer – with 59% saying so, above the ability for tourists to travel to space (18%).

Carey Ann Dodah, Director of Curriculum Strategy at Explore Learning says: “This research has been very enriching as it shows just how much children of the UK care about the health of planet earth and understand the importance of looking after it for their children – and their children’s children! We chose to theme this year’s National Young Writers’ Awards around ‘the future’ because it opens up so much potential for a child’s imagination. Their characters could be living in space, travelling back in time, working with robots, who knows? The opportunities are endless and we cannot wait to read the entries!”

The National Young Writers’ Awards have been running for nine years and have inspired hundreds of thousands of children across the UK to put pen to paper and give writing a try! This year’s judge is Steve Backshall, author of the hugely popular Falcon Chronicles series of books made up of Tiger Wars, Ghosts of the Forest, Wilds of the Wolf and Shark Seas, released in October 2016. Find out more and how to enter!

We’ve launched a brand new tuition centre in Redhill! The centre is our 132nd to open nationwide to support children in becoming fearless learners… Located...

Who are our tutors and how do they support children in our centres? Find out from Catherine Meade, a tutor at our Southborough centre…   A little bit about me As...